Global Justice Now is making the best of the lockdown to educate activists in issues that otherwise might be dealt with by speakers or briefings. This is being achieved by Zoom “webinars” under the umbrella “Coronavirus, capitalism and inequality” which are free.

They started a couple of weeks ago with speakers (including one calling in from lock-down in India) in lieu of the 50th. anniversary conference and it attracted a couple of hundred. This meant it was impracticable to do much more than be talked at by the virtual “panel”- though we could submit questions to the coordinating chair and post comments or direct messages to other members of the audience through the typed “chat” facility.

On Weds. 15th Apr. they took it in a different direction with a session as an introduction to Climate Justice. I signed up, expecting something akin to my former experience and instead found that I was the oldest person there (perhaps by 25-30 years!), and that the majority of the 15 or so participants (at least one calling from abroad) were BAME and female. 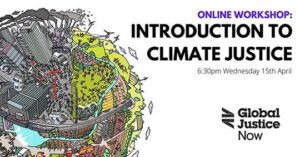 In fact it turned out that although Sam Lund-Harket was participating, it wasn’t his show and the event was put on by the London Global Justice Youth Network facilitated by the Youth Activism team.

They used a wider range of facilities than previously, repeatedly directing people to move to organised virtual “breakout rooms” to discuss topics, and undertake activities including watching video together. The facilitators could electronically bring people back so there was less time lost moving chairs than would be the case in an incarnate event, and they were also able to share screens so at one stage we were asked to write onto a Venn Diagram.

It was an interesting event- not just because of the technical wizardry and brisk pace, but also because of the ability to bring different activities to play.

However technical problems, as so often, have to be born with. Although you can record, chat, pass notes et al, you and all participants are at the mercy of bandwidth congestion, technical breakdown, people forgetting to mute themselves, poor audibility and feedback, and different levels of confidence and competence with the software. 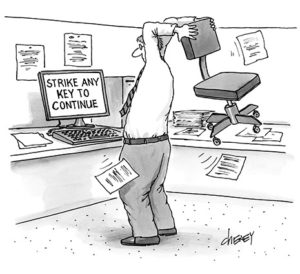 I don’t regard myself as dim, though neither am I a “techie”, when asked to write on the Venn diagram I couldn’t find the tools and my machine ground ever slower. So I gave up at one point, logged out and back in and it picked up again. By the end it wasn’t worth trying to communicate.

More interesting questions hit me: why are we leaving “Climate Justice” to the Youth Network – especially with the COP, deferred perhaps, but ever more urgent.

Secondly, why was there nothing said about networking with other campaigning bodies (beyond a brief mention of XR)? Perhaps all the participants (who identified themselves as “activists”) weren’t involved in the “I Count” campaign and working with others to achieve the tightening of the Climate Act 2008.

Thirdly and relatedly, there was no mention of the work of other NGOs who have a strong record of campaigning in this area and putting bodies at lobbies and cards in MPs pigeon holes. I’m thinking particularly of Cafod, Christian Aid, Tearfund and Islamic Relief. Is this a reflection on the secularism of many young people, and the aging of many people of faith?

And fourthly, although lots of the conventional “wisdoms of the woke” relating to capitalism and colonialism were rehearsed (now we know where those stickers came from!), we didn’t move on to 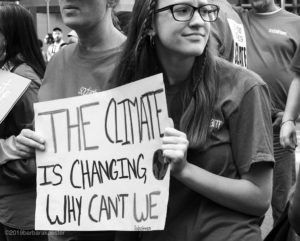 consider the real threat from the trade deals being hatched up on the quiet and out of view as you read this…. but that’s something for another week!

Next Thursday at 13.00 BST they are running another webinar in the series: ”Women on the front line of the crisis”. As a bloke of a certain age I’ve signed up for enlightenment – why not join us? To pre-book, so you get sent the link and can join, visit https://www.globaljustice.org.uk/events/webinar-women-front-line-crisis

“Faces of Protest Climate Strike” by barbarakoester is licensed under CC BY-NC-ND 2.0