Last year Global Justice Leicester campaigned for MPs to have the right to vote on trade deals before they are signed. Unfortunately, all of our work was undone when the Trade Bill was dropped before the recent general election.

The US/UK trade deal is a long term agreement that changes the lives of everyone in this country. It should not be negotiated in private away from democratic processes.

We need to keep up to date with developments and oppose any agreements that threaten the NHS, food standards or make us accept rules imposed by the Trump administration.

This meeting is being arranged with Christians Aware

Stories of Climate Change and Migration 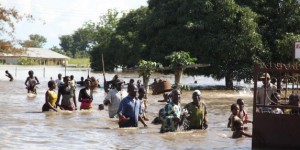 To support Refugee Week 2017, Leicester Friends of the Earth, Global Justice Now and Leicester City Council are pleased to host an informative evening about the impact of climate change on refugees from around the world.

Speakers will give personal views on climate change and how communities are attempting to respond in different regions of the world.  Speakers will include

All welcome – Book your place now. 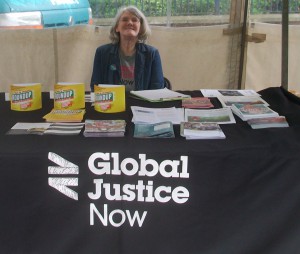 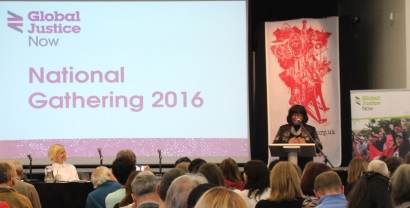 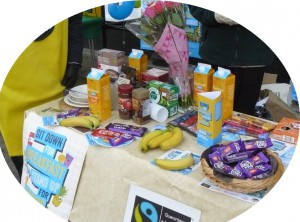 On Saturday 5th March, Global Justice Leicester and the Knighton Justice Group had a joint stall on Uppingham Rd, Leicester. It was great to chat to passers-by. We are very grateful to the Co-op and Marks and Spencers who gave us examples of Fairtrade Products for the stall. We were able to give out samples for people to try.

Then, on Wednesday 9th March, Mohammed Hamada, an olive farmer, shared his experience of fair trade in Palestine. 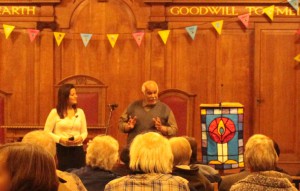 This was a fantastic evening and Mohammed spoke movingly about the difference that selling Fairtrade Olive Oil had made to his family and farmers throughout Palestine. Read more about Mohammed’s story. You can buy his olive oil from Zaytoun.

Supporters of Global Justice Leicester lobbied all three Leicester MPs on 17th June. It was a day of celebration, discussion … and resolve to work together to keep the issue of Climate Change on the political agenda. 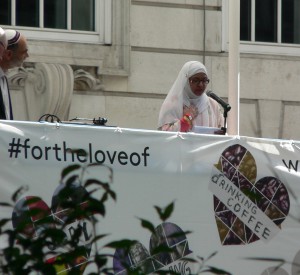 The Climate Coalition is made  up of more than 100 organisations

… What do you love and want to protect from Climate Change?

Working for Energy Democracy in Developing Countries and Britain

On April 14th an enthusiastic audience gathered at Christchurch to find out more about Energy Democracy. 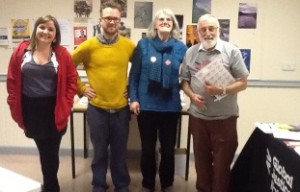 Sam Lund-Harket from Global Justice Now, highlighted the way energy injustice is destroying people’s lives. He also spoke about rays of hope – good news stories about communities where alternative energy is generated to give clean and democratically controlled energy for everyone.

Clare Welton of Fuel Poverty Action Group – spoke movingly of people in poverty in the UK who struggle with utility bills. She explained the Energy Bill of Rights and work that is being done to ensure that individuals struggling with bills are aware of their rights. It is important that information is made available to empower people in poverty.

What you can do: