Please consider attending this important event which has been organised by Global Justice Now in partnership with Hope not Hate.It will be held at the Friends Meeting House 22 School Lane, Liverpool,L1 3BT.

This workshop focuses on the techniques needed to bring people around to a different way of thinking, and how to effectively and respectfully navigate challenging conversations about immigration and multiculturalism.

There is no charge for attending the event.    Coffee and lunch will be provided.

It is essential however to register for the event which you can do by visiting the following link where you will find further information about the purpose and content of the course:

If you have any questions about the course please contact tom@hopenothate.org.uk

We look forward to seeing many of you there

Dan has just recently returned from a fact finding visit to Tanzania to gather important research on how the Tanzanian  farmers are fighting back successfully against the Big Corporations that are trying to grab control of land, seeds and soil.

On the other side passionate small-scale farmers are strengthening their networks and deepening pre-existing knowledge in an attempt to keep control of their resources.

Also, a  gentle reminder to please note the early start: 6.30pm sharpish as our guest speaker has to get a train before 9.00pm due to a prior early commitment next day – but, of course we can continue discussion ’til 9.00. 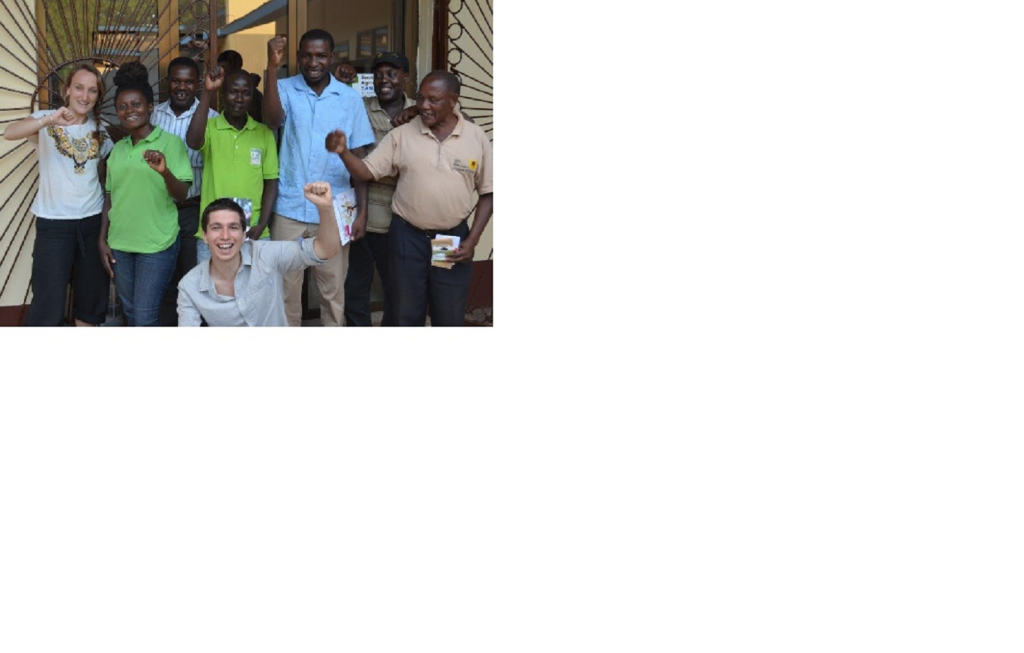 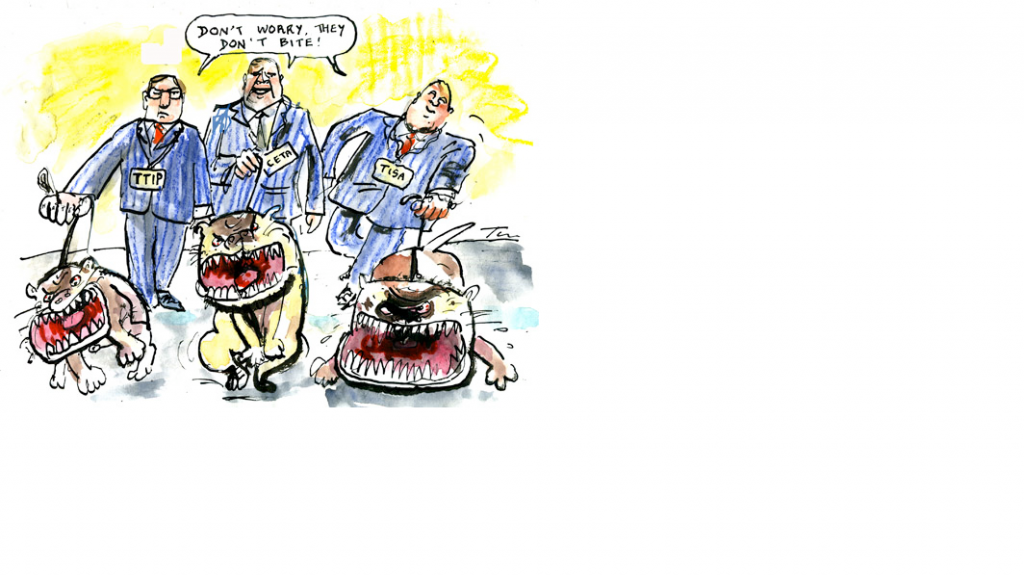 A year ago the EU and Canada finished negotiating a toxic trade deal, known as CETA, that includes a secret corporate court system that would allow big business to sue our government for things like raising the minimum wage or denying fracking applications.

Members of the European Parliament (MEPs) have already admitted that these corporate courts are very problematic. We need to remind them that this means they have to vote against CETA.

CETA is in many ways similar to the more well-known EU-US trade agreement, TTIP. It poses a major threat to our public services, local jobs, the environment, and to the safety of our food.

Email your MEPs now and tell them to stop CETA

On 27th April we have a great opportunity to hear Dan Illes on  how the farmers in Tanzania are fighting  back against the new agribusiness corporations  stitchup and land grab of their assets and live hoods.

The central venue for this important meeting is yet to be decided.

Here’s what Dan will be talking about on the evening:

Tanzania is a country at forefront of the global battle for control over our food. On one side corporations are lining up to seize control over the country’s land, seeds and soil. On the other side passionate small-scale farmers are strengthening their networks and deepening pre-existing knowledge in an attempt to keep control of their resources.

For this reason, Dan Illes from  Global Justice Now spent 10 days traveling around the country with the job of collecting stories and finding out how we can offer our solidarity to the growing food sovereignty movement. In this talk Dan will guide you through the main players in struggle over Tanzania’s food system and discuss the wider context in Africa and around the world

To scrutinise on Liam Fox’s white paper click on the link below now …. as we have little time to scrutinise  and respond to it!

Parliament to be ‘shut out’ of post-Brexit trade deals

The Trade Justice Movement has welcomed the government’s recognition in its trade white paper, released yesterday, of the need for trade policy to be “transparent and inclusive”. However it has criticised the government’s commitments so far as woefully inadequate, in particular the lack of any clear role for parliament in scrutinising trade deals.

The white paper outlines the government’s approach to trade policy and the contents of the forthcoming trade bill, a cornerstone of its planning for Brexit. Trade deals today have profound effects across the full range of domestic policy – health, environment, jobs, inequality, and climate.

As a result, trade campaigners have been calling for a democratic and transparent process for negotiating and agreeing trade deals after Brexit, with parliamentary oversight at its heart. So far 90 MPs have signed Early Day Motion 128 in parliament in support of the campaign.

The campaigners criticise the white paper on two main counts:

Matt Grady of Traidcraft said:
“There must be more than vague nods to accountability in the Trade Bill. There needs to be full scrutiny and a parliamentary vote on all trade deals.”

Mark Dearn of War on Want said:
“To date, the government, in particular Trade Secretary Liam Fox, has shown utter disdain for parliamentary scrutiny of trade deals. It failed to allow MPs to read controversial TTIP texts until six months after Brexit, while Fox admitted side-stepping parliament to pass the EU-Canada deal, CETA. If the government is serious about respecting parliament’s role in trade deals it must radically change its secretive approach.”

Jean Blaylock of the Trade Justice Movement said:
“It is unacceptable to put in place such far reaching trade deals without scrutiny, debate and vote by MPs. To refer to some deals as transitional does not mean they should be rushed through by executive decree. As it stands MPs are shut out of the process – they have no power to vote to stop a trade deal. This cannot be described as taking back control.”

Nick Dearden of Global Justice Now said:
“Trade deals have regularly been used as a way of prising open public services and local markets while protecting big corporations. So unless trade deals are controlled by parliament, and open to public scrutiny, the risk that they will be bad for ordinary people on both sides of those deals is high. At the moment, the government only has nice words about democratic accountability. Unless this gets translated into policies, the question you need to ask is: can you trust Liam Fox with the NHS, with food regulation and with workers’ rights?”

The Trade Justice Movement, its member organisations, leading trade unions and other groups are campaigning for trade democracy. We consider that the best way to achieve trade deals that work for the benefit of all, is to ensure trade policy is supported by clear democratic procedures and meaningful Parliamentary sovereignty.

The campaign is asking for five changes, which would make future UK trade deals more democratic and accountable:

These five asks form the basis of Early Day Motion 128 in parliament, which is currently supported by 90 MPs.

This is an update from James O’Nions  on what’s happening there:

We, at  Global Justice Merseyside,  would like to invite you – (and  invite your friends too)   to come along to:

The LAUNCH OF THE Big PHARMA  CAMPAIGN TO STOP CORPORATE GREED  as we’re sure that, you too are greatly disturbed by the huge profits made by  the pharmaceutical industry at the expense of the poor and ill peoples around the word.

The event is  The Casa  Hope St Liverpool on 3rd November at 7.00pm

Our  speakers for the launch are:
Sibongile Tshabalala, deputy general secretary of the Treatment Action Campaign in South Africa.  Sibongile has years of first-hand experience of fighting for access to HIV/AIDS medicines there.
Nick Dearden, director of Global Justice Now

This is a free event for which you need to copy the Eventbrite  reference below  into your browser to Register  and  get your ticket!

We are really looking forward to seeing your there!

Check the Eventbrite link below to register for your ticket:

This is a late notification -anyybody free- yes, still sitting in tonight -Friday Night!!! — An Invitation to St Michael’s Social Centre –( the Irish Centre) West Derby Road- Come along at 9.30 pm— (Yes, IT IS 9.30pm) tonight to listen to some Irish Music and song – show solidarity and raise funds for Liverpool Friends of Palestine (LFOP)who are promoting and supporting a Palestinian Women’s Football Team who will be visiting and playing games in UK very soon.

One Day Without Us. War on Want’s day of action standing up for the rights of migrants. Monday next, 20th Feb. 12.30 John Lennon Peace Memorial Quay L3 4FP, (by the Arena?)