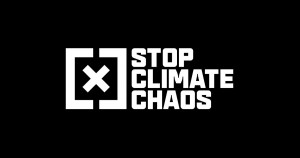 Global Justice Now is committed to Climate Justice and Economic Justice. The two are inextricably interlinked.

Unfortunately, global warming is, itself, only one of a network of problems associated with the destruction of the soils, seas, and atmosphere.

Basically, picking off any one of these for attention does little to ameliorate the whole.

Added to this, it would require 3 to 5 back-up planets engaged in nothing but agriculture for all the world to live as we live.

It follows that, to survive as a species, we have to radically change the way we live.

We have to get rid of our cars, our energy-consuming lifestyles, our chemically-intensive agriculture, international trade as we know it.

It follows that, despite short term benefits, attempts to pursue economic justice and climate justice on their own will have little effect on the network of problems that need to be addressed.

Put another way, it follows that radical degrowth is required.

This is why Global Justice Now needs to give pride of place to activities designed to promote degrowth.

Success in such an endeavour is crucial to our achievement of our espoused objectives.

This need for degrowth has, in fact, come to be widely recognised and resulted in huge international conferences on the topic, culminating in one in the European Parliament building last year.

Unfortunately, few of the participants seem to recognise either the systemic nature of the problem or the seriousness of the situation.

They end up proposing what are, in effect, minor developments which they hope will cumulate.

Unfortunately, the reality is that, as is almost always the case with single factor interventions in complex systems, such small developments will be eliminated by the reactions of the rest of the system.

This step by step philosophy is, however, embedded in even the title of the 50th anniversary “Club of Rome” report Come On! Capitalism, Short-termism, Population and the Destruction of the Planet.

Despite including much useful information, the report fails to build on the systemic studies embedded in the original Limits to Growth report or challenge that report’s major failing – its reliance on single factor interventions to fix the problem.

If Global Justice Now is serious in its intent to tackle the problems posed by climate and economic injustice it must place the promotion of a radical version of degrowth at the heart of its policy agenda. 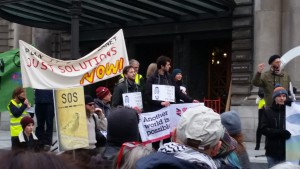 We were outside The Scottish Parliament on 6th February with Edinburgh University Amnesty International making sure the message was loud and clear: preventing a crime is NOT a crime. We stand in solidarity with the brave actions of the #stansted15. 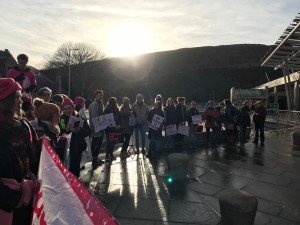 On a cold December morning we joined forces with Friends of the Earth Scotland and Extinction Rebellion Scotland, amongst others, to ring the alarm for catastrophic climate change and urgently demand governments and corporations to do more to act to prevent ecological breakdown.

Starting off from the Usher Hall, we journeyed to the First Minister’s residence in Charlotte Square and finished outside RBS – making noise, demanding action and sounding the alarm all the way.

Here are a few images from the day 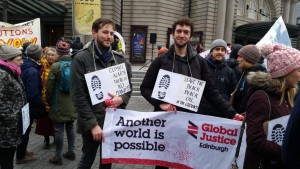 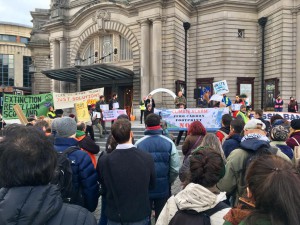 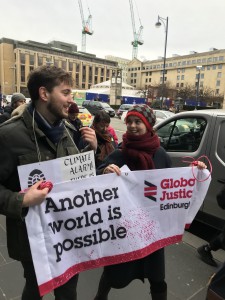 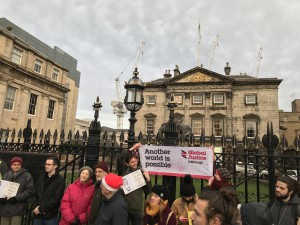 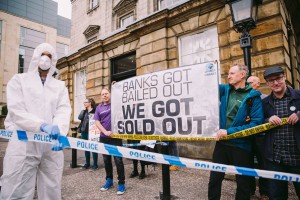 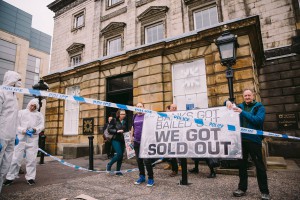 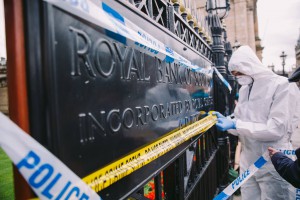 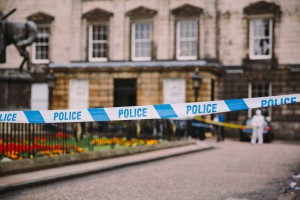 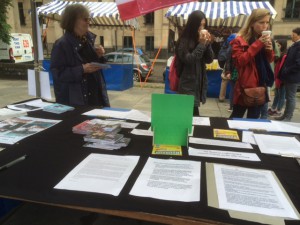 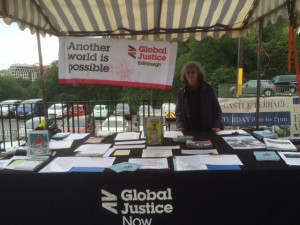