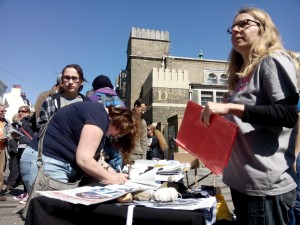 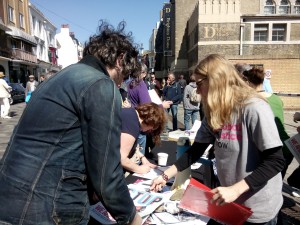 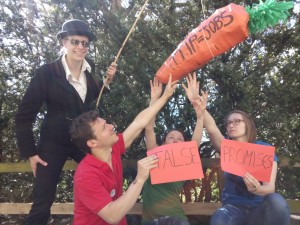 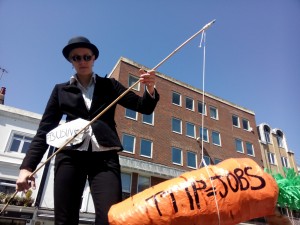 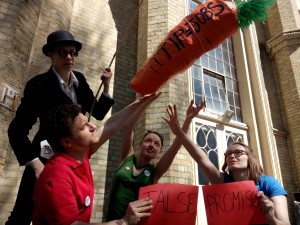 On a beautiful sunny afternoon we took to the streets of Brighton as part of the International Day of Action on TTIP, along with a businesswoman peddling false promises of jobs in the form of a giant carrot of lies.
We gave out flyers, talked to people, and added tons of signatures to the European Citizens’ Intitiative petition. We also had time for a bit of street theatre too, as our businesswoman dangled her carrot above the heads of shoppers promising that the trade treaty will bring in jobs – when the reality is that it will destroy many of our hard-fought-for democratic rights.
Tweet