Education can sometimes give us answers, but often raises questions which lead us to further thought and investigation.

Such was my experience at Professor Genevieve LeBaron’s University of Manchester Global Development Institute lecture “The business of forced labour in global agricultural supply chains”, a representation of her report on forced labour. This was given appropriately perhaps on International Workers’ Day.

Irritatingly I bungled and missed the beginning of the lecture, but what I heard was sufficiently challenging I write now in the hope it will be published online and this will lead you to give it time.

Poor conditions on tea estates have been published widely, often as an incentive to support Fair Trade.

(irritatingly) tightlipped in not identifying specific corporations and certification schemes though Fairtrade Foundation, Ethical Tea Partnership, Trustea, Rainforest Alliance and UTZ were familiar names from the supermarket shelf amongst the standards she had investigated. She also stressed her work was on forced labour, not other issues like environmental sustainability, protection of workers from chemicals et al. She has dealt with this in related fields in the past and can be seen at Yale and SOAS and her recent academic publications.

She seems to relish being a boat-rocker in popular articles such as https://delta87.org/2018/10/ethical-certification-doesnt-eradicate-forced-labour/ as well as academic research and boasts her work had not been welcomed by some businesses (who make a living from certification). She declared that she had stopped buying Fairtrade tea and wondered what other ways she might achieve the goal of helping workers. This is not without reaction- one can feel touchiness on Fairtrade Foundation’s part in the Church Times last year.

However, whilst sympathising with the impatience felt by some companies, she was wary of “in-housing” social responsibility certification (such as Sainsbury’s “Fairly Traded” teas which GJMancester campaigned against in 2017) as untransparent and unaccountable.

Key findings as she had already given included: widespread/prevalent underpayment of workers by employers 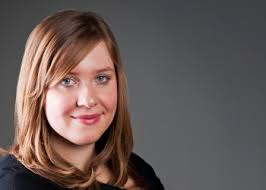 In the cocoa businesses investigated workers were often required to provide additional unpaid labour for small family businesses who then lent money at punitive rates. 60% of cocoa workers were found to be in debt and 55% had no savings. 95% didn’t know if their farms were certified and very frequently there was no difference in the standards followed.

It was not clear there was any difference between multinational corporations and non MNCs, in part due to the domination of the tea chain by a small number of companies which may have espoused various verification schemes but have no real grip of producers- auditing visits often being short, cursory and perhaps limited to only 5% of producers, and that not looking for signs of forced labour.

She identified key factors in this sorry state as: the lack of permanent employment contracts- in cocoa the model of family farms has to be revised as many have hired staff as well and members of extended families brought in- so stories of “slavery” likewise may not fit. Temporary workers and (not surprisingly) women are often forced into exploitative situations. 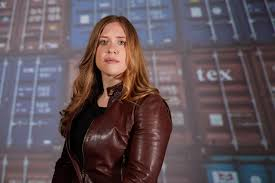 Why does this happen? She identified several drivers: low prices which have stagnated over many years, rising costs (especially of labour) coupled with the cutting of governmental support for inputs and pesticides, and climate change, including bush fires, all add to the challenging business environment. As a result businesses economically exploit workers to balance their books and survive. However she didn’t advocate paying more at the shop, feeling higher prices should be paid out of traders mark-ups.

She also pointed out that whereas British anti-bribery legislation had teeth, the Modern Slavery Act 2015 with its focus on trafficking and coerced prostitution in the UK had no effective enforcement relating to supply chains overseas or requirement to demonstrate the effectiveness of measures taken. However there are proposals to amend the Act.

An unsettling event- showing perhaps the weakness of Fairtrade as we know it and showing the virtues of Traidcraft’s recent campaign to get the major UK tea companies to publish the originating estates of their leaves. So perhaps Fairtrade, as it currently stands, is not such a first step towards Trade Justice as I had fondly supposed. Hmmmmmm… one will have to keep one’s eye on this!

If you wish to study her work further, the book the lecture relates to is available on http://globalbusinessofforcedlabour.ac.uk/wp-content/uploads/2018/05/Report-of-Findings-Global-Business-of-Forced-Labour.pdf