You are here: Home / Home

On May 21st the Phoenix in Leicester is showing the film Arica – at 5.30pm (part of Great Big Green Month)

Arica is a documentary about a Swedish mining company who made a deal to dispose of toxic waste in Chile and the case that the community took to court to try and get justice.  The toxic waste had a terrible impact on the health of the small community. This gripping film has been made by film makers Lars Edman and William Johansson.

Join us to watch Arica at the Phoenix cinema in Leicester on Saturday – after the film there is a Question and Answer session. 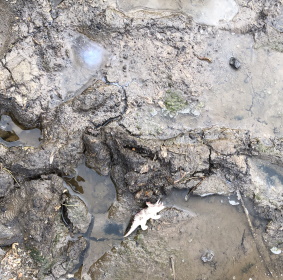 When: Tuesday 29th March at 7pm

Maurine Murenga, director of Lean on Me Foundation, Kenya 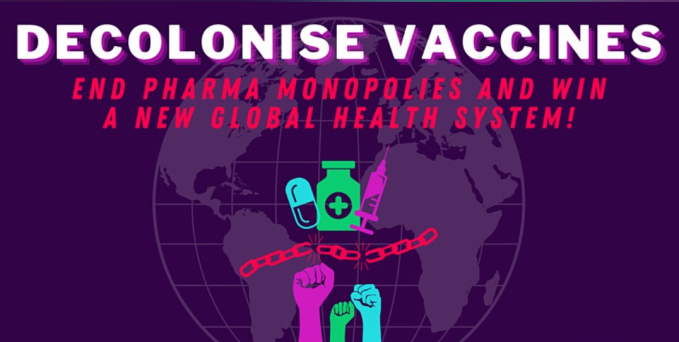 More about the tour

The global response to Covid-19 has been so unequal that some global south activists have called it ‘vaccine apartheid’. While those of us in the UK have been offered third and even fourth doses of the vaccine, across the whole of Africa only 11% are double jabbed. This injustice is rooted in a colonial history that has devalued the lives of people in the global south over centuries. And it is reinforced by global economic rules designed to concentrate wealth and power in the hands of multinational corporations in the global north.

For the pharmaceutical industry, making massive amounts of money for their wealthy shareholders has long been more important than the lives of people in the global south. Twenty years ago, Big Pharma even sued Nelson Mandela’s government when it tried to import cheaper medicines, because South Africa was unable to afford the astronomically-priced HIV drugs it needed during the Aids crisis.

Come along to hear our speakers discuss an alternative, and join our campaign to fight for a decolonised pharmaceutical system.

The People’s Vaccine: changing the rules to allow countries to manufacture vaccines themselves

Global Justice Nottingham is hosting at an online event on 15th March at 7.30pm. Please join the conversation.

Register on Eventbrite: Vaccines for profit or for the people?

The Covid-19 pandemic has exposed deep inequities in global health systems, with only 1 in 10 people in low-income countries receiving a single vaccine while the rest of the world rolls out huge booster programmes. Meanwhile, big pharma companies have made record profits from Covid-19 vaccines, even though the bulk of the research behind them came from government funds.

Led by South Africa and India, countries in the global south are demanding an end to big pharma’s monopoly control of vaccine patents. Changes in the rules would help many more countries produce their own vaccines and gain control over their pandemic response. Governments like the UK and EU have stood in the way of this move, while pharma companies continue to lobby against it with all their might.

But the green shoots of an alternative system are growing across the world. In South Africa, scientists have copied Moderna’s vaccine and plan to teach others how to make it. Cuba is sharing the technology for its vaccine and providing it cheaply. And even in the US, a team of researchers has committed to provide its vaccine patent-free and profit-free.

The talk will lay out the case for a more democratic, de-colonised global healthcare system and discuss how we can bring it about.

This is a summary of issues raised in various online reports and COP 26 decisions – written by Alison Skinner who is a member of Global Justice Leicester and Leicester Friends of the Earth.

We know that  getting climate justice for the nations most affected by climate change who have contributed little or nothings in emissions is a huge priority.   These include Tuvalu and the Marshall Islands threatened by rising sea levels, parts of sub Saharan Africa and the Arctic and the Caribbean.

The two main distinctions are between money for projects aimed at mitigating green house gasses such as developing  alternative energy generation using solar panels, hydro and wind farms etc.and projects designed for adaptation such as early warning systems for extreme weather events, air conditioning to counter extreme heat, resettlement of communities away from coastal areas and changing agricultural practices to crops more resistant to draught. Examples from the November Geographical magazine include creating mangrove seawalls in Indonesia, building amphibious rather than stilted houses in Vietnam and planting salt tolerant crops in Bangladesh.

Both approaches are valid but the key issue for developing countries  is that only about 20% of the $80b funding allocated is for adaptation projects – Global North countries preferring to sell the type of material on which they can make a profit.

Global South countries are lobbying for the financial allocation between these two approaches to be 50:50 rather than the skewed distribution at present.

Another problem is the status of the finance provided. In 2019 71% of the public climate finance took the form of loans rather than grants and this can suck poorer countries into a cycle of debt.

They have to borrow money at punishing rates of interest to repair the effects of hurricanes and cyclones.and if they use their loan to pay for a project that gets destroyed in the extreme next weather event they are left with a debt and no tangible benefit.

Small island states and least developed countries are now lobbying for a new stream of funding for loss and damage in addition to mitigation and adaptation projects. Historically the Global North has been extremely reluctant to buy into this and resists any notion of funding being compensation or restitution.

Antigua, Barbuda and Tuvalu have announced a commission to explore if there might be legal grounds for loss and damage funding from polluting countries.

Many developing countries were left very disappointed by the decisions made on issues which were critical for them and it would seem that the conference was particularly a debate between Global North countries about how far they were prepared to go to reduce emissions having accepted to some extent there was some urgency required to keep within 1.5c. Some of the developing country decisions appear to be a holding operation to be considered at another day.

There were new pledges from US, UK, Germany, Japan and others of climate funding which it is estimated would finally achieve $1billion by at least 2025 or perhaps a little earlier if other funding could be brought in. Some experts are saying that funding in trillions would be more realistic.

There was a recommendation, rather than a requirement, that developed countries should double their collective provision for adaptation projects by 2025, but this would still fall short of the 50:50 provision requested by Global South countries and there was no detail concerning time scales and transparency.

There was a mention of the impact of debt levels carried by poorer countries for the first time but no indication of how this could be reduced. It does provide a marker for future discussion however.

Jubilee Debt Campaign claims however looking at the small print that some countries may pay their contributions out of their existing aid budget instead of making new money available which is in the spirit of the funding. This could include the UK.

This was a very important issue for front line island nations and others which was effectively sidelined with the promise that a “dialogue on loss and damage would begin next year in Egypt.”

To their great credit Scotland has promised £2m to a special Loss and Damage Fund, managing this way to provide UK money, but circumventing Boris and the Treasury who have made no such pledge. Wallonia – an area of Belgium has also pledged 1m euros.

There will be a huge head of steam on this issue by next year, particularly after another year of global warming induced weather events, so we will wait to see what transpires.

Five countries including the US and UK and global charities have promised $1.7b to support indigenous people and the conservation of their land. How this gets to the grass roots in an effective way will need scrutiny.

A group of countries have pledged £14b by 2030 to halt and reverse global deforestation by restoring degraded land, managing wildfires and supporting indigenous people. This has included Brazil’s president who will need detailed supervision on this!

which should increase important pressure.

Please join us in Leicester city centre as we take part in a worldwide day of action:

The events in Leicester have been organised by
Climate Action, the Race Equality Centre, the Muslim Green Guardians, Leicester Friends of the Earth and the City Retreat

The timetable for the afternoon is:

Extinction Rebellion Leicester will also be in Jubilee Square from 9:30 am on Saturday and invite everyone to take along a pair of old shoes to help create a memorial to the victims of the climate crisis. Their samba band will be playing between noon and 1 pm and there will be some speakers.

Find out more about the Global Day for Climate Justice

During Great Big Green Week communities across the country arrange events to highlight action that is taking place to tackle climate change and protect green spaces.  Everyone is invited to get involved in taking action to protect nature and send a message to politicians that they must raise their ambition and champion action against climate change. Global Justice Leicester will have stalls at several events this week-end. 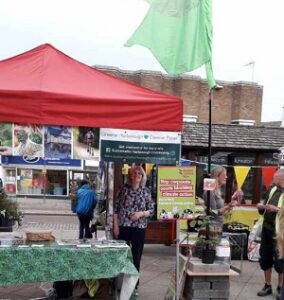 We had a stall at the Stoneygate Great Big Green Harvest Festival on Sunday 26th September in Leicester. The event gave us the opportunity to explain about the dangers of Corporate Courts with people who came to our stall. 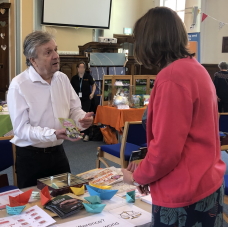 It was an enjoyable afternoon, with time to share ideas with other groups that are campaigning during this climate emergency. Global Justice Now has got an important message to share about

Find out more about our campaigning on the Global Justice Now website.

On Sunday, Global Justice Leicester also took part in an event organised by the Race Equality Council, the City Retreat and Friends of the Earth on the theme of Community Responses to Climate Change. The event brought together different communities to share thoughts on climate change and discuss practical actions that everyone can take. There were speakers from all the major faiths in Leicester, as well as environmental groups. It was great to be part of this event – there is so much going on in our local communities… and so much more that we can do if we work together.

The next Gloabal Justice meeting is on Thursday 22nd September at 7.30pm

Please email Global Justice Leicester and we will send an invitation to the Zoom meeting:
globaljusticeleicester@gmail.com